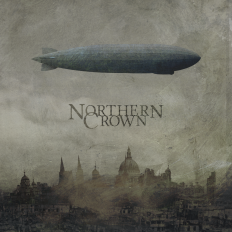 When come to think about Doom Metal, I always think of such bands as, Black Sabbath, Type O Negative etc. So, when I got Northern Crown through, and put the album on, just to get my initial thoughts of the album, I tend to do some research on the band, I do it just to get a little bit of an idea of what the band is about, and when I saw on Facebook that the band is an Epic Doom Metal band, and thought OK, that makes sense, as I am hearing Doom with something extra added to the overall sound.

When I sat down and went through the album for the first time, I was thinking OK, this album is interesting. After a few more listens, I have found that I was starting to become a fan of Northern Crown.

Track listings: I Am Your Slave, Merciless, They Let You Suffer, Forged From Nothing, Chasing The Sun, The Desert And The Wind, Righteous & Pure, By Demons Bidden and Your River. 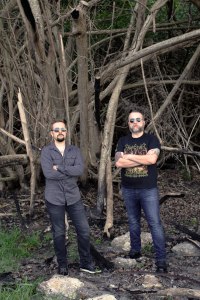 Over the course of this album the tracks that stood out for me were, I Am Your Slave, as this song, at first, didn’t appeal to me, I think it was the keyboards, but over time and several listens, it grew on me, it was the several key changes with the guitars and drums, plus there is some cool guitar solos and riffs that is contained within the song. Another song that I liked is Merciless, They Let You Suffer, this is a faster paced song that I could rock to, all because of the drums, as they are a driving force of the song.

Forged From Nothing, is another song that I liked, because of the intro, it has that classic heavy guitars that you associate with Doom, and the guitars carry on somewhat with the heaviness throughout and with the keys adding something to the overall sound of the song. Chasing The Sun is another cool song, with this, I liked the vocals, as they fit the music perfectly, and the guitars on this are brilliant, there is some really good riffs and solos. The Desert And The Wind is a quite a lengthy song coming in just over ten minutes, this song is good, as this shows off the writing and playing skills of the band, overall, the music on this song is really good and fits really well with what the band is going for with the story of the track.

Righteous & Pure is another good slow-ish  track which follows the classic Doom format, with its heaviness, also there is some faster paced elements to the song, the guitars are good on this, as well as the the vocals. By Demons Bidden is another cool song, as it has some cool vocals and guitars, the drums are really good. Your River is another lengthy track coming in at nine minutes forty, the intro, in my mind, is a semi acoustic guitar, and that draws you in, and then the full force of the band explodes into some Epic Doom, with some brilliant drum, guitar and bass from the band, and the vocals are really good on this as there is some clean and growl on this which work really well with the music and the Doom genre.

Well, overall I have become a fan of Northern Crown, this band are really good, so if you are into the Doom Metal genre or if you want to listen to a band that you haven’t heard of before, then I highly recommend that you go and check out Northern Crown on their Facebook page, as you will not be disappointed.

I would give Northern Crown and their self titled album a 4.5 out of 5 for a brilliant album.