Over the years, I have listened to a lot of Rock and Metal from all over the world, mainly from Canada, USA, many parts of South America, Australia etc, but not that much from Japan and other Asian countries, the only Metal band that I really heard of was X Japan and that was twenty or so years ago, not much since. Back in 2010, Japanese Metal was starting emerge again with such bands as Crossfaith. When I started Project Metal back in 2015, it was started after I heard Baby Metal (I know some hate them and some love them) on BBC Radio 6 Music, and from then, I come across some really good metal bands from Japan and other Asian countries.

When I first got the Obscure Diversity album, I put it on to see what Saber Tiger has created, and my initial thoughts of not only of the band, but album as well, they were pretty good.

As I sat down to do a review for the Obscure Diversity album, I listened to the album in full on several occasions and my thoughts went from pretty good to, Damn this is real good. When I listened to the album, the songs that I have found that I liked or found interesting are: Daguerreotype Of Phineas Gage, The Crowbar Case, The Worst Enemy, Stain, Beat Of The War Drums, Distant Signals, The Shade Of Holy Light, Permanent Rage, Seize Your Moment, Divide 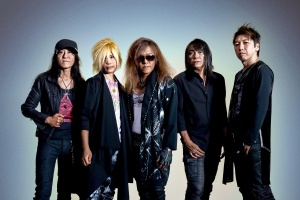 To Deny, Paradigm And Parody, The Forever Throne and the acoustic version.

Daguerreotype Of Phineas Gage is the intro track off the Obscure Diversity album and it has an operatic vibe to it and it is good, as it set up this Heavy Metal album brilliantly. When I first heard The Crowbar Case, I was, OK, this is good, and this harks back to the late seventies and early eighties Heavy Metal, this has some cool guitars and drums, and the vocals are on point. On The Worst Enemy, the vocals are a bit more heavier than the last track, also the guitars and drums seem to be a bit heavier, and are bordering on the Speed Metal side of things. Stain is a brilliant track, as it has some amazing guitars on the beginning and they continue throughout the song, the vocals on this are on point, and the fans of the shred and riff will enjoy this track.

Beat Of The War Drums is another cool track, as this will get you pumped for whatever you are doing, as the guitars and drums are fast and furious in their brutality. Compared to other track of the Obscure Diversity, The Shade Of Holy Light is a slow and melodic song, it has some cool guitars and drumming, the vocals are on point and are cool. When I listened to Permanent Rage, the intensity and brutality of the song was apparent from the first note they played, and that intensity carries on throughout the track with the drums and the guitar riffs. Seize Your Moment is pretty good, as it has a thunderous vibe going on, especially on the drums. Divide To Deny is another song that reminds me of the eighties Heavy Metal scene, as it has the vibe to be a modern classic. Paradigm And Parody has a high energy to it, as this song will get your head nodding and foot tapping by the first minute of the song. The Forever Throne is a good song, as it has some cool vocals and guitars. There is an acoustic version of The Forever Throne which is a good rendition of the song.

Overall, I have come to really like Saber Tiger, I would go as far, I have become a fan of theirs, after listening to the Obscure Diversity album, as the whole album is a bit like a roller-coaster, as it has ups and downs, twists and turns. So if you are into the Heavy Metal genre, especially the Japanese Heavy Metal genre, or wanting to listen to a band, then I would Highly recommend that you go and check Saber Tiger out on their Facebook page.

I would give Saber Tiger and their Obscure Diversity album a 4.5 out of 5 for a brilliant Heavy Metal album