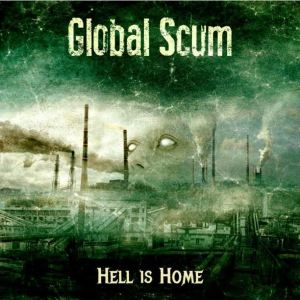 When I first heard of Global Scum it was at the end of 2018, when I received, via email, the Hell Is Home album, so I put it on, so I can get a general vibe of what the album is about, and from my initial impressions I was undecided on whether I liked it or not. But over the last couple of months, I went back to the album and started to like some of the songs, and I even played a couple of songs on my radio show. Now fast forward to the present day, where I have sat down to fully listen to this album.

Now, at first I thought that Global Scum was just another generic Metal band, at first was sort of dismissive of the band, but now that I have listened to the Hell Is Home album a good few times now, I have rethought my initial impressions of it, and Global Scum has impressed me.

On the Hell Is Home album the songs that I have found or found interesting are: Betrayed, Life In Chains, Disappointed Life, When Water Turns To Blood, Amok, Global Scum, Treacherous Assault, Fall Of The Isis, Innerlich Faulend and I Can’t Change The Fate. 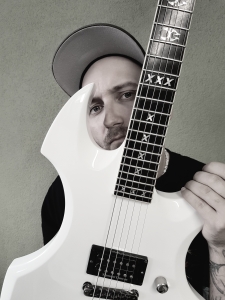 Betrayed is a song that I quite like, as it starts off slow, and then BAM!!! then the full on Metal kicks in, and this song is a brilliant opener for the album. Life In Chains carries on from Betrayed with it intensity of Metal, and its brutal guitars are really good. Disappointed Life is another good track, as it has some really cool guitars on it, the drums are point and the vocals go well with the music, on some points of the song, near the end, reminds me somewhat of Sepultura’s Roots album. With When Water Turns To Blood, it starts off fast and brutal and it continues throughout the song, and in places it slows a little. Amok is one of those tracks that I wasn’t to sure about, but after a few listens to it, I came to like it, as I enjoyed the riffs.

Overall, after listening to the Hell Is Home album several time I have come to appreciate it and what Global Scum have created here on this album. Now, if you like the Groove or Death Metal genres or if you are looking for something new or more extreme than you usually listen to, then I do recommend that you go and check Global Scum out on there Facebook page for more information.