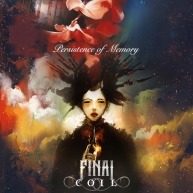 When I put the Persistence Of Memory album on, to get my initial impressions of it. I didn’t know what to expect from this Leicester based band. Now, when I did a little research, just to find out what genre they were, who is in the band, etc, I was thinking, OK, these guys are an Alternative Rock Prog Rock and Post Rock band, I was like OK, I can hear that within the album. I am a fan of the Progressive genre, but I am not a huge fan of it.

The songs that I have found that I liked or I have found interesting are: Corruption, Dying, Alone, You Waste My Time, Myopic, Failed Light, Spider Feet, Lost Hope, Moths To The Flame, In Silent Reproach and Alienation. 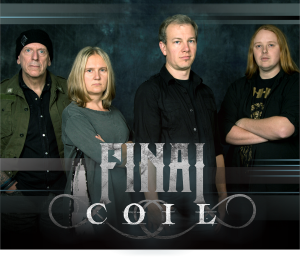 anyway – a bit more melodic in the song structure. You Waste My Time is a bit more up tempo than the last two songs, and also a slightly more heavier throughout the song. I like Myopic as it has some sweet guitars and riffs, I also like the drums and vocals on this, to me the vocals and lyrics are catchy as hell. Another song that I like is Failed Light, as it is a ten minute plus song, I like this because, is that the band is not afraid to write a ten minute long song, plus it has some pretty cool guitars on it. Spider Feet is a good song, as this song is a sort of melodic song in places and has some heavy parts to it with some cool riffs and the vocals are brilliant as they fit really well with what the band

After listening to the Persistence Of Memory album on several occasions and playing the whole on Project Metal Across The Pond radio show, not only did I like the album my listeners did as well. Overall, I have found that I loved the album and how it sounded, from the guitars, to the drums, to its vocals etc. If you are into the Prog Rock, Alternative Rock genres you will like Final Coil, and if you are looking for a new band to check out, then I would highly recommend that you do go and check Final Coil out on their Facebook page.

I would give Final Coil and their Persistence Of Memory album a brilliant 4.5 out of 5, for a must have album.