What can I say, in the last few months, I have been sent a quite a bit of music from bands that hail from Spain. Now, don’t get me wrong, but over the years, I have never really listened to hardly any Rock or Metal from Spain, if I did I hadn’t realized those bands were from the country, but like I said, in the last few months, I have been getting quite a bit of it, and from what I have heard of it, the bands have been really good.

Now, when I put on the Supersilver Haze album, I was thinking, OK, what have you got for me? I have listened to this album a couple of times, over the last few weeks, and my initial thoughts were that this band is pretty decent, and with that I played a couple of songs on my radio show, just to see what my listeners thought of the band, and they said that they enjoyed the songs that I played. 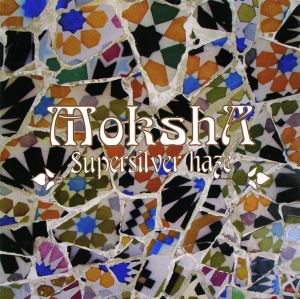 When I played Moksha, my initial thoughts at the time, they had a interesting sound, its not quite Death, or Hardcore, but it is a good mixture of the both genres, with elements of Rock n Roll and Metal. The songs that I found that I liked or I have found interesting are: Down The Sun, Not Yet, Neurons, Old Time Story, Move Over, People Like to Fake, Voices of The Street and My Actions.

With the song Not Yet, I like this, because it has a good pace to it and has some sweet guitars and the vocals are on point. Like Not Yet, Neurons is another good song that has good pacing and is a bit more heavier on the guitars. Old Time Story is a song that is more indicative to Death Metal, but has an element of Rock and Metal within the song. Move Over is an interesting song, it has elements of Doom Metal with the guitars in the middle and end of the song, also it has that rock vibe to it which I like. The song People Like to Fake, has that seventies Doom Metal vibe to it, as it has the de tuned guitars on the track.

Overall, I have found that Moksha has created a really good album in the form of Supersilver Haze, it is well crafted in all the songs and it is well executed musically. If you are into the Death n Roll, Metal and Hardcore genres, or just looking for a new band to get into, I recommend that you go and check out Moksha, you can find them on their Facebook page.

I would give Moksha and their album Supersilver Haze a 4.5 out of 5 this album is a must listen to album.