These last couple of days, in fact these last few 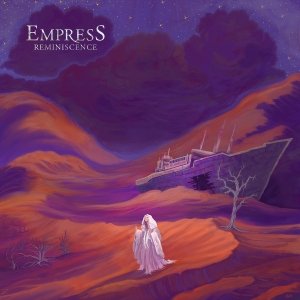 months, I have been listening to a lot of rock and metal music, especially from bands that have come from Canada, with Empress coming from Canada, I had high expectations from this band, as the country has been producing some amazing rock and metal bands.

When I started to listening to the Reminiscence EP, Empress did not disappoint. On the EP there is some amazing guitar work on it, and it is the same for them drums and vocals.

There are five songs on this EP, they are: The Offering, Immer, Baptizer, They Speak Like Trees and Dawn. The first track The Offering starts off a bit strange, but the song delves straight into Stoner and Doom Metal, on this the guitars are detuned and properly heavy, as you would expect from the Doom genre.

When I initially played the EP a few weeks back, just to get the feel for it and to get some new material for my radio show, when Immer came on, I was immediately take by the the track, as it has that heaviness and epicness that I truly liked, so I had to play it the show, and the people who tuned in for the show enjoyed it as well. 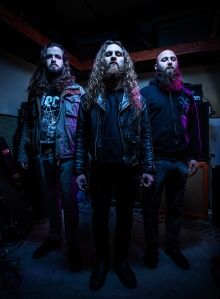 Baptizer is up next, okay this might be one of the shortest tracks off the EP, but the band packs a lot into a three minute song. Up next is They Speak Like Trees, this follows on from the previous three offerings with some amazing riffage on some really good detuned guitars, with this song being the longest track coming in at nearly ten minutes, it has got that something of epicness about it, plus this song is a showcase of how talented the band is at writing and performing an epic ass tune.

The last track is Dawn, this is not as heavy as the other four tracks, but it has those gritty guitars, but they are slightly cleaner. All of these songs are brilliantly composed, and if you are into the Stoner or Doom Metal genre, I would highly recommend that you go and check out Empress either on their Facebook or Bandcamp pages.

I would give Empress and their Reminiscence EP a 4.5 out of 5,  for a brilliant EP.