When I found out that Dean James was playing an acoustic set at the Engines Museum, here in Ryhope, Sunderland, UK, I thought OK, I am so there, as this Dean James is an amazing singer song writer. Dean is a Blues and Rock performer. 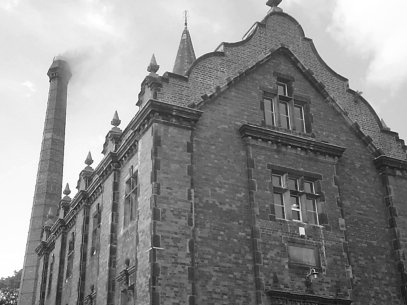 When the day came, I was a really nice day. At the Engines Museum, they had a car and a WWII exhibition where they had tanks and other military vehicles.

When I got to the Museum, I met up with Dean James and we got on talking about the gig. When it was time to do his set, he was accompanied by John Timney, both were playing acoustic guitars. Just before they went into the set proper they did a quick soundcheck, from that I could tell it was going to be an awesome, as the setting was inside the Pumping Station itself, the building is Victorian and its got brilliant acoustics.

As Dean started his set off, people were coming in to see what he was doing and what he was singing about, once they heard him, they stayed to to the end of his set. some of the songs that he played where majority new tracks that he was trying to get down to where he will be going into the studio to record (from he told me that he has some tracks recorded), for a new album.

He did a new song that I haven’t heard before, I Wait For You, which was brilliant. Another song that stood out is Hollywood, which is a fan favourite, and this is a slower version of it as he wants to remix it to get a more soulful vibe to it. He also done Cole which is off his first album Pure, I found myself singing along to it, which is not like me, but Dean James is one of those singer songwriters that creates songs that you can sing along to.

The last song that he did was Dagger Man, it is about someone, who when you go out and have a drink with, they get so hammered that they want to fight everyone, I was thinking, Yep, I know a few people like that. When he was about half way through the song, he had to cough as he nearly swallowed his chewing gum, as he was really going for it whilst singing the song.

Well, this set from Dean and John was absolutely brilliant and the setting was perfect.

I would highly recommend that you check out Dean James and The Black Dogs on their Facebook page as they were amazing live and also check out their album Pure which you can get on Amazon and iTunes.

I would give Dean James a 5 out of 5 for this gig as he always gives all.

If you like history and engineering, I would highly recommend that you go an visit the Ryhope Engines Museum, for more information go to their Facebook page.