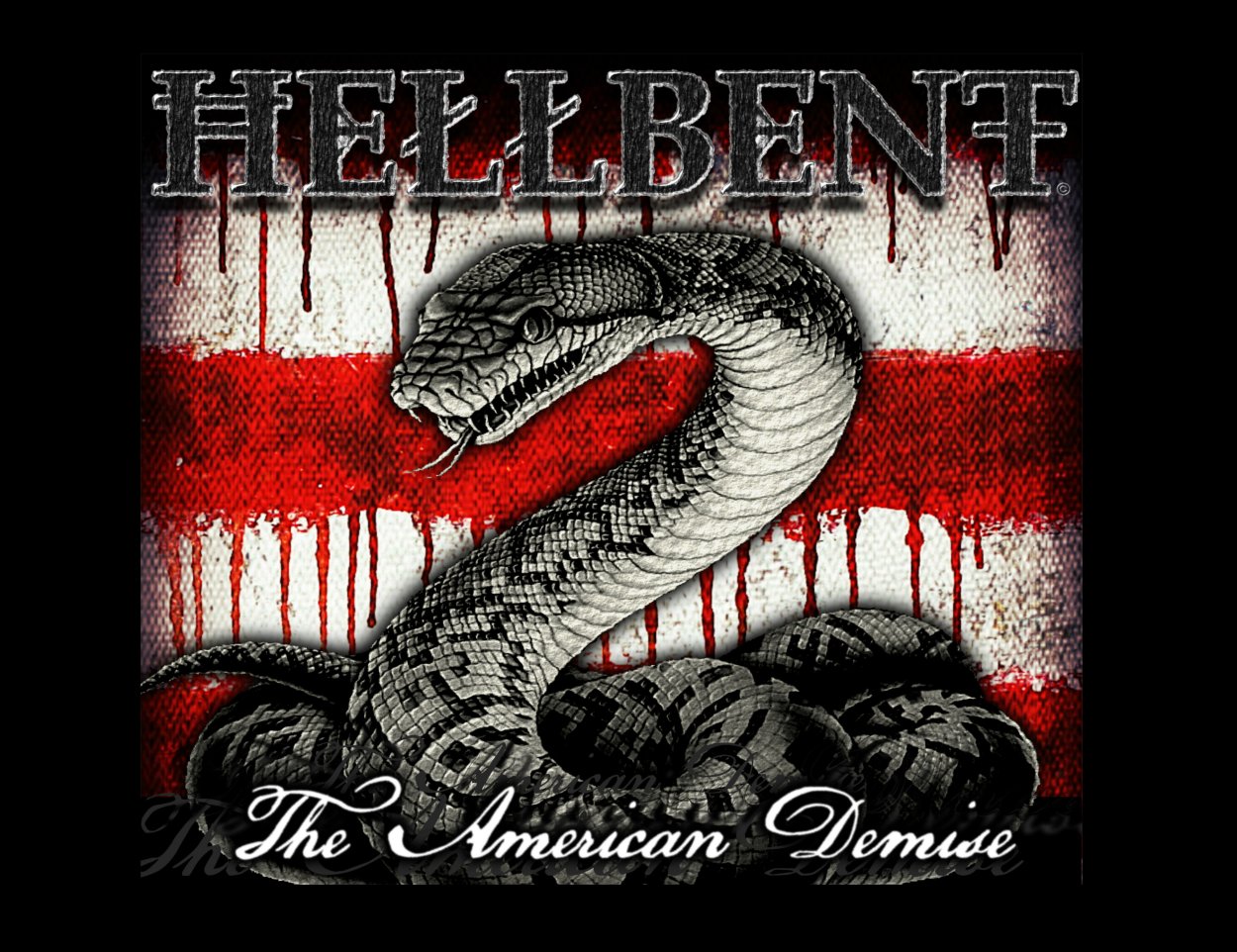 HellBent from Atlanta, not to be confused with the various other bands of the same name (I found 5 others in a ‘simple’ search), formed in 2005 and have just finished their third album, The American Demise. They are David Pruitt on vocals, Andy Davis on drums, Kenneth Cordell on bass and Chet Powell and Mike Daniels on guitars.

The album consists of 6 tracks and if you buy the album, don’t mind the cover that get’s delivered, it lists 7 songs and they are sorted in a total different sequence. To me, a sign that there wasn’t much care given to the cover (unlike Homicide Black, see the HBII review).

The American Demise: The song starts with a slow guitar until the rest of the instruments set in. Slow and hard, the guitar riffs are solid, the vocals are solid, a typical thrash song basically. David’s vocals just slightly remind me of when I last saw Deceiving Eve. Chet’s guitar is great as always, but nothing to get my feet or head moving.

Evolve and Revolt: Your typical thrash with the typical riffs and growling vocals. I am wondering if it’s the quality of the tracks or the vocals, I just can’t get into it. The guitars and the machine gun bass drum sure do rock in-between vocals.

Hellcar: This song features Trey Martin on vocals, the vox for V8 Death Car. The song sounds more punk. Actually the first song I really like on this album. Now the head is bobbing. This is kick ass. Bass, guitars, drums and vocals absolutely harmonize on this track.

Infinite: Hammering drums and guitar riffs, this track immediately gets down to business. Maybe due to the track before, but this one is talking to me. Brutal and in your face, it slows down about halfway through for a moment and Chet’s guitar playing skills set in, as usual he does a great job. Then back to business, but somehow I lost my enthusiasm.

Desolate Sounds: An acoustic guitar start, reminding me of the first track, rhythm guitar, bass and drums set in. This is slow paced and was released as a single in 2015. Reminds me a bit of something else, can’t put my finger on it, but definitely the best song off the album. I really love it and I think the vocal performance of David here is way better than the death/thrash growling. A good choice for a single, most definitely.

I have not seen HellBent on stage yet, nor have I heard their other compositions. The band has talent, no doubt about that, otherwise they would not be playing this long, but this album did not convince me to be honest. For confirmation  I asked my British colleague to listen in, but he disliked the album more than me and criticized the vocals and the quality as well.

I hate doing critical reviews and fortunately don’t have to do this to often, but a sloppy designed back cover/inlay and mostly mediocre songs is only average, a 3 of 5 from me.

Check out HellBent for yourself on Facebook and ReverbNation